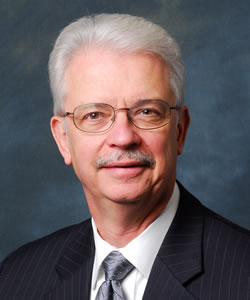 A graduate of the Juilliard School, Assistant Professor Robert Becker was appointed to the position of Director of String Studies at Chapman University’s Conservatory of Music in 2006.  In March of 2012, he was invited by the American String Teacher’s Association to present a lecture at its national convention in Atlanta, GA on “Preparing Your Young Violist for Pain-Free Playing and Limitless Musical Options.” Serving as a string adjudicator for both ASTA competitions on the west coast and VOCE competitions, he is highly sought after as a judge and workshop presenter at all levels of string playing. Also presiding over two conference presentations at the ASTA convention in 2011, his national and international recognition as a viola pedagogue continues his life-long commitment to young talented string players. A founding member of the American String Quartet, he has also served as chamber music coordinator at the Aspen Music Festival. He is a former winner of both the Naumberg Chamber Music Award and the Coleman Chamber Music Association Vera Barstow Award.

Continuing his service in 2012 as Principal Viola of the Pacific Symphony under the baton of maestro Carl St. Clair, he has been heard as the solo violist for all visiting ballets at the Segerstrom Performing Arts Center as he has been every season since 1982. Those internationally known companies include ABT, the Cuba ballet, Danish ballet and others. As Principal Viola he has appeared on stage over the last season with Pinchas Zukerman, Lang Lang, and participated in the recording of new works by Phillip Glass and William Bolcom with the PSO. Also in his capacity as Principal, he has served as chairman of the audition panel for viola auditions. Professor Becker also serves as a musician representative to the Board of Directors of the Pacific Symphony.

As chamber music soloist he is a featured performer on the “Café Ludwig” series at the Samueli Concert Hall with guest artist Orli Shaham. Repertoire this season included the Dvorak “Piano Quintet in A Major”, Tchaikovsky “Souvenir de Florence,” Martinu  “Madrigals,” Bruch “Trio for Clarinet and Piano” among others.

Voted “Artist of the Year” by Arts Orange County for the year 2010, he is honored to continue his involvement with that talented and diverse community.

Mr. Becker can also be heard on more than 400 film scores, numerous television productions and diverse recordings in all musical genres.

Hosting workshops on orchestral techniques for both the Orange County Youth Symphony Orchestra and the Pacific Symphony Youth Orchestra, he also participated as a master class presenter for the PSYO and at the Las Vegas Academy of the Performing Arts in 2012. Invited in 2011 by the Southern California Band and Orchestra Association Teachers Association conference to present a lecture and paper on “DeMystifying the Viola,” follow-up presentations in local schools will continue throughout the upcoming academic year.

For the last ten years, the Viola Workout was once again sponsored and coordinated in Crested Butte, Co in June of 2012 by Robert Becker. This workshop was started to focus on string pedagogy and chamber music primarily for Chapman students to integrate teaching emphasis, outdoor experiences, fly-fishing, practice regimens, and to introduce string students to the college experience via master classes and performances  (see The Viola Workout.com for further info).