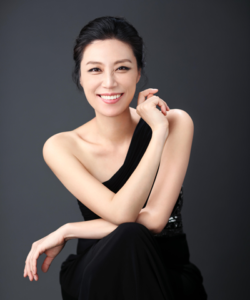 Graduating with Distinction in Performance from New England Conservatory, Minkyung Oh is an active soloist and chamber musician in Boston. With performances that convey the most delicate of sentiments and virtuosity that carries her own musical expression, Dr. Oh has won numerous prizes in major national competitions in Korea including Chosun Newspaper Competition, Korean Newspaper Competition, and Samick Piano Competition and the first prize in Richmond Competition and Honors Competition in Boston. Minkyung was introduced to the piano at age 3, when she learned a few pieces of music and began playing them at wedding ceremonies starting when she was 4. Later She began her professional training in piano from age 11 at the renowned Yewon School and Seoul Arts High School in Korea. She made her debut at age 14 with the Seoul Symphony Orchestra at Seoul Arts Center.  She was invited to the KBS classical Radio studio and her performances were broadcast on KBS FM Radio and The Classical Channel in Korea. Minkyung was honored to be the soloist with the Seoul Arts High School Orchestra at the school’s annual celebratory concert for seniors. After graduating with honors from Seoul Arts High School and gaining entrance with top honors to Korean National University of Arts.

Dr. Oh has performed at various music festivals including Bowdoin Music Festival, the Mozarteum Festival in Salzburg, Aspen Music Festival in Colorado, the TCU Cliburn Piano Institute in Texas, the New Paltz Summer Festival in NY, and Cervo Music Festival in Italy.   She performed as soloist with Seoul Symphony Orchestra and the Perugia Festival Orchestra in Italy and was invited as a guest artist at Orléans Music Festival in France.  In 2013 Phoenicia Publishing released Ms. Oh’s first recording, of recent works by the American composer Jon Appleton, The Scarlatti Doubles and The Couperin Doubles, which was broadcast on VPR Classical Radio Station and praised by Steve Reich as “…a beautiful addition to piano literature”.  Jean-Claude Risset acclaimed “Very musical, and very original and a complete success” and Phenicia publishing added “ An extroardinary performance of sensitivity, delicacy and imaginative power”.     Appleton dedicated his new composition Suite des Hommages to Minkyung in 2014  Dr. Oh recently gave an acclaimed solo recital in Korea to a sold-out audience at The Seoul Arts Center in Korea and gave a special ceremony of Isang Yun centennial celebration sponsored by Korea Cultural Society of Boston.

Dr. Oh earned a BM and MM from New England Conservatory, a Post Graduate Diploma from Royal Academy of Music in London, and a Doctor of Musical Arts from Boston University where she was also a teaching assistant. Dr. Oh is currently a member of the piano faculty and the chamber coach at Rivers School Conservatory and at ASMI Summer Institute, and is the Artistic Director of Boston Piano Ensemble.  She also started the Weston Summer Piano Academy and the Weston Al Fresco Concert Series. She is the Music Director for 2022 Fall production of Alpha Psi Omega, the theater organization at Bentley University and the assistant piano faculty in Winter Music Academy in Aix-en-Province in France.  Besides piano, she is an active practitioner of Taichi and Qigong, and is a certified Qigong instructor seeking to share the benefits of meditation to her students and friends.