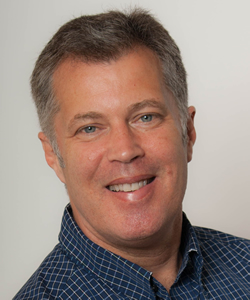 Ronald Lowry is an active performer in many of Boston’s leading musical organizations. Called a “superb cellist” by the Boston Globe’s Richard Dyer, he is the principal cellist of the Boston Pops Esplanade Orchestra and the Boston Ballet Orchestra. Former principal cellist of the National Symphony of Costa Rica, the Handel and Haydn Society, and the Harvard Chamber Orchestra, Mr. Lowry has performed for over thirty years and continues to perform frequently with the Boston Symphony Orchestra and with the Boston Pops. As a soloist, he has been featured with the Boston Pops Esplanade Orchestra and the Boston Ballet Orchestra on several occasions as well as the Concert Arts Orchestra of Boston, the National Symphony of Costa Rica, the New England Symphony Orchestra, and several other orchestras in the greater New England area. He has presented recitals in Jordan Hall, the Isabella Stewart Gardener Museum, the Worcester Museum of Art, on WGBH radio in Boston, and throughout the New England region. Mr. Lowry is heard frequently as a chamber musician. He has been a guest artist with the Boston Chamber Music Society, the Muir String Quartet, the Boston University Faculty Artists, and the First Monday concerts at the New England Conservatory. He has had chamber music collaborations with violinists Robert Mann, Ilya Kaler, Masuko Ushioda, Peter Zazofsky, Bayla Keyes, Irina Muresanu, violist Roger Tapping, cellist Natasha B rofsky, pianists Victor Rosenbaum, Randall Hodgkinson, Lois Shapiro, and members of all instruments from the Boston Symphony Orchestra.

Mr. Lowry is currently the Artistic Director for the Needham Concert Society. He has premiered numerous compositions with contemporary ensembles such as Collage, Griffin Ensemble, NuClassix, Composers in Red Sneakers and with the Boston Musica Viva, with whom he was the cellist from 1990 until 2004. He is on the faculties of the New England Conservatory Extension Division, The Walnut Hill School for the Arts, and the Rivers School Conservatory. Mr. Lowry graduated with Honors from Indiana University and the New England Conservatory. His teachers include Janos Starker, Lawrence Lesser, Aldo Parisot, Ronald Leonard, Gabor Rejto, Tsuyoshi Tsutsumi, and Rodney Farrar.