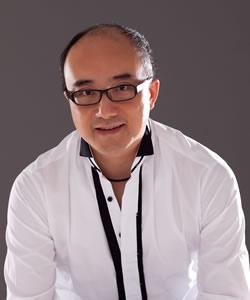 Norman Lee is a graduate of The Peabody Conservatory of Music, where he received his Bachelor of Music in Piano Performance.

Norman furthered his repertoire by studying with Irina Zaritzkaya from the Royal College of Music in London England. He was also awarded certificates from the U.S.S.R. after studying with Anatoly Verdernikov and Tatiana Nikolava in Mozertum, Salzburg.

Mr. Lee received his Master degree of Music from The University of Western Ontario working under Professor Ronald Turini. Norman had conducted master classes and lectures in Hong Kong, China, Canada on the topic of piano injuries and movement retraining. Norman is a dedicated piano teacher and music educator besides his various performing activities.

Mr. Lee is a Steinway Artist.