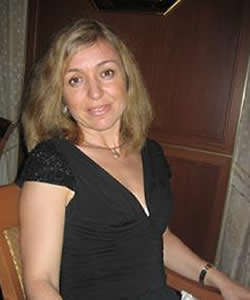 Born in Moscow, Russia, Natela Mchedlishvili began her musical studies at the age of six at the Special Music School for gifted children in Tbilisi, Georgia. She continued her education at the Georgia State Conservatory and graduated with a doctorate degree. Her teachers were Veronica Tumanishvili and Nodar Gabunia. While studying Ms. Mchedlishvili won several regional and national competitions and performed in major concert halls of Tbilisi, Moscow, St. Petersburg, Yerevan, Baku, and other cities of the former Soviet Union. At the same time she started her teaching career at the conservatory.