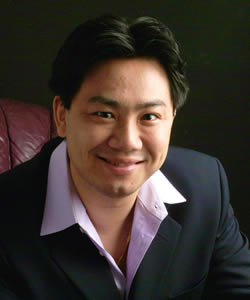 Dr. Yeung has performed many recitals as a soloist, concerto soloist and collaborative pianist throughout many cities in Taiwan, Hong Kong, Thailand, China, Korea, and the United States. He performed the Rachmaninoff Piano Concerto No. 3 in D minor, Op.30 with the Monroe Symphony Orchestra and received a standing ovation from the audience. His outstanding performance had been broadcasted on Television and Radio, including Hong Kong Radio 4, the National Korean Television Channel, Taiwan’s Public Television Channel, and the Baton Rouge Classic Radio Station.

In addition to a solo career, Dr. Yeung appears regularly with his piano-duo partner, Dr. Tina Shao, promoting piano duo works by Taiwanese contemporary composers and their Compact Disc “A Harvest Festival of the Taiwanese Indigene” was selected by the Taiwanese Arts Council to present in the World Compact Disc Exhibition in Cannes, France; Compact Disc “From Mozart from Gershwin” was chosen and used in an American Movie “Waterwheel – The Story of Randy Chang” released by the Mimosa Ministry. He was invited to join the Counterpoint Ensemble, being the concert pianist in the most active chamber group in Taiwan since 2010.