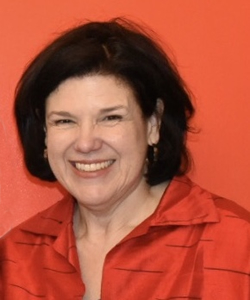 Joan Forsyth is an eclectic artist whose performing career has taken her all over the world.  Both a sympathetic chamber musician and commanding soloist, she has made appearances at such venues as the Kennedy Center, Merkin Hall, Zankel and Weil Recital Halls, as well as tours of Europe, Russia, Japan, India and South America. Her playing has been broadcast on WNYC, WFAS, RAI(Italy), Vermont Public Radio, and New York Public Radio. She has appeared as soloist with the Westchester Chamber Orchestra and the Westchester Philharmonic. Joan Forsyth has recorded for CRI, Albany, Bridge, Soundspells and Furious Artisans. Her interest in contemporary music has led her to premier the works of many of today’s most compelling composers, many written for her husband and  duo partner William Anderson. Dr. Forsyth holds a Doctorate of Musical Arts degree from Rutgers University and a Master’s degree from the Juilliard School of Music; her teachers included Beveridge Webster, Susan Starr, Jeaneane Dowis and Andre LaPlante. . She herself has taught both privately and for such institutions as New York University, Concordia College and Sarah Lawrence College.  Joan Forsyth is the Chairman and founder of the Bronxville center of the National Guild of Piano teachers and a past Chairman of the Westchester-Rockland –Putnam Music Teachers Association. Currently she is the Chairperson of the Piano Department at Third Street Music School in New York City and teaches at Bennington College in Vermont. She is also a faculty member of the Sonatina School of Music in Bennington Vermont.