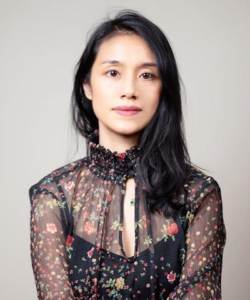 Jia Shi, pianist, is known for her infection enthusiasm, and dynamic performances. She embarked on a teaching career in the Boston region and was born into a musical family in Guangzhou. She was strongly influenced by her grandfather, Mingxin Shi, a renowned conductor in China. Ms. Shi has won top prizes in several prestigious Chinese Competitions, including First prize and recognition for Best Performance in the Kaiserburg Competition in China. Other competition awards include the Sendai Piano Competition in Japan, the Horowitz Piano competition in Kiev, Ukraine. Her musical education includes several full scholarships for Graduate study with international soloist Alexander Korsantia at New England Conservatory, undergraduate and graduate studies at the Central Conservatory of Music in Beijing under world renowned professor Zhihong Guo.

Highlights of her 2019-22 season includes performances of 250 Anniversary of Beethoven in Boston. During 2020 Pandemic, with support of Steinway & Son, Ms. Shi organized Fund-raising Concert for people who affected by the pandemic. Two students are honored to be laureates in Chopin Competition for the youth in Poland.