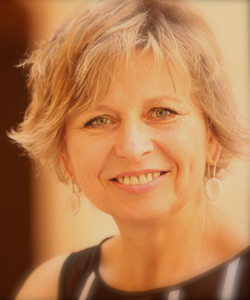 The renowned Russian-American pianist Irena Kofman holds a Doctorate of Musical Arts from the University of Miami, where she studied under Dr. Rosalina Sackstein, a pupil of the legendary Chilean pianist Claudio Arrau.

Dr. Kofman is founder of the Arcangelo Piano Quartet, a distinguished American chamber ensemble that has toured Guatemala, China and the United States to rave reviews. In the early 2000s, Dr. Kofman formed a duo with the eminent Belgian pianist André De Groote. The two performed extensively and in 2008 released the critically-acclaimed album “Russian Treasures,” on the Hoot/Wisdom Recordings label. Then, in 2010, Kofman and De Groote followed up with an acclaimed interpretation of the four most significant works of Schubert’s piano duet literature. The recording celebrated the 25th anniversary of the European recording label “Talent.” A third De Groote-Kofman collaboration, released in 2014, shined a well-deserved spotlight on previously unknown composer Theodore Gouvy. The recording received widespread praise. As MusicWeb International critic Philip R. Buttall noted, “The performance too, is absolutely first-rate. The De Groote-Kofman team shows not only great empathy for the style, and clearly sound as if they enjoyed every single note, but in pure terms of balance and ensemble, their playing simply cannot be faulted.” The recording was also lauded by the Gouvy Estate and, led to a collaboration by De Groote and Kofman at the Gouvy Museum in France.

Dr. Kofman continues to collaborate with other outstanding musicians such as Japanese violinist Junko Outsu. A recent concert by the duo, hosted by the Japanese Consulate, honored victims of the 2011 Tohoku earthquake and tsunami. As a solo artist, Dr. Kofman performs regularly for audiences locally, across the United States, and abroad. Among other solo honors, she has played for His Holiness the Dalai Lama at his “Compassion as a Pillar of World Peace” presentation and at TEDxBocaRaton.

In addition to her accomplishments as a performer and recording artist, Dr. Kofman is an award-winning teacher, widely sought out by students aspiring to play at the highest levels. She received a Diploma of Recognition from the American Protégé International Competition of Romantic Music 2011 and was honored by the American Protégé International Music Talent Competition multiple times (2012, 2016, 2017, 2018) for “extraordinary dedication and achievement in the field of teaching music and presenting students to perform at Carnegie Hall.” In 2014 she received further recognition from Florida State University for “Excellence in Teaching Award.” This honor is especially prestigious as it was organized and led by the renowned Canadian pianist Joel Hastings.

Dr. Kofman’s unique approach to teaching — combining compassion with uncompromising focus on excellence — has earned her the devotion of her students. Carrying their mentor’s lessons forward, many have attained great success in their own right as performers and educators throughout the Americas, in the Former Soviet Union, and across Europe. Dr. Kofman has taught master classes and lectured at Florida State University’s Piano Symposium, the prestigious Salzburg Summer Program, the International Concerto Festival in Russia, the World Piano Conference in Slovenia and at the Cremona International Music Academy in Italy. In addition, she has taught and performed in Germany, Switzerland, Belgium, France, Poland, China, Guatemala, Bahamas and Curacao.

Dr. Kofman is currently the Director of Keyboard Studies at Florida Atlantic University in Boca Raton.