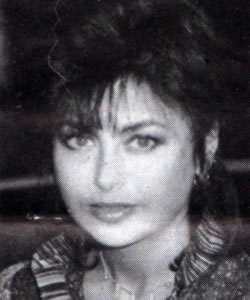 Founder and Artistic Director of New York Piano Society pianist Elena Leonova, emigrated from the Soviet Union, where she graduated from the Moscow Tchaikovsky Conservatory as a “grandstudent” of the great Heinrich Neuhaus, teacher of Richter, Gilels and her pedagogue, Eugeny Malinin.

Critically acclaimed by major press and the first prize winner in several American piano competitions, Ms. Leonova was performing widely with repeated returned engagements throughout the U.S. and abroad in recitals and as a soloist with the orchestras. She has performed under the direction of Maestros Lucas Foss, Luis Herrera del la Fuente, Mehli Mehta and Eduardo Rahn among others. She has performed at major venues including Lincoln Center, Carnegie Hall Weill Recital Hall, Kaufman Hall of the 92nd Street Y in New York, in Music Center, Dorothy Chandler Pavilion in Los Angeles, Auditorium della RAI in Rome, Palacio De Bellas Artes in Mexico City. Ms. Leonova has served on the juries of numerous international piano competitions, and has been a guest-artist and given master classes at numerous international music festivals in Italy,Germany,Venezuela, Mexico and throughout US. Ms. Leonova was presented in honorary performance for New York’s Mayor, Ed Koch. Ms. Leonova’s performances were frequently broadcasted by WQXR in New York, RAI Uno, TV in Rome, National Television in Mexico, Venezuela among others.

Elena Leonova is currently on the piano faculty of the Mannes College New School for Music and her past teaching credits include positions at the New England Conservatory, SUNY Purchase, Rowan University and collaboration with the New York University and giving master classes and lectures at a number of universities of US and abroad.