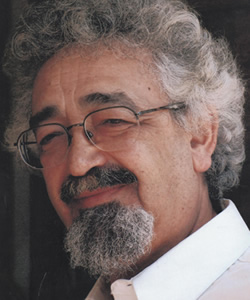 A graduate of the Gnesin Academy of Music (Moscow), Victor Derevianko studied under Heinrich Neuhaus and Maria Yudina, with whom he also recorded works for two pianos by Bartók and Stravinsky.

Himself a professor at the Gnesin Academy until 1974 when he emigrated to Israel, in 1975 he became a professor at the Music Academy of the Tel Aviv University. There he trained students who went on to win international music competitions, among them Natasha Tadson, Alon Goldstein, Michael Abramovich and Olga Vinokur. In parallel, he gave master-classes at the Juilliard and Manhattan Schools in New York, the University of Maryland, McGill University and Karlsruhe Hochschule in Germany. Victor Derevianko has given recitals throughout Europe, the USA and Canada. As a member of Vidom Trio he recorded the entire trio (violin, piano and cello) works by Brahms, as well as the composer’s sonatas for piano.

In recent years he served as Pro-Rector of the Music Department at the Maimonides State Classical Academy in Moscow. In addition to his activities as a performing musician and teacher, he is prolific in producing musical transcriptions, in particular those of Prokofiev’s Visions fugitives for violin and piano, Mahler’s Kindertotenlieder for cello and piano and Johann Sebastian Bach’s famous Chaconne for violin and cello. His transcription for piano trio with percussion of Shostakovich’s Fifteenth Symphony was published by Sikorsky and recorded by Gidon Kremer for Deutsche Grammophon.
Victor Derevianko is Artistic Director of the Tel Hai International Piano Master-Classes (Israel), where on an annual basis seventy students from all over the world study under the supervision of the most illustrious international piano maestri.